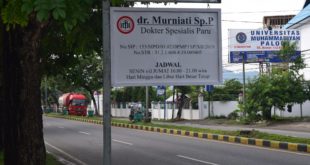 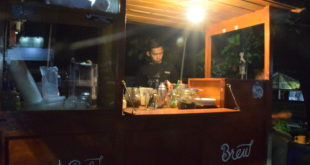 Since August 2, 2004, the FDA approved  indication of  Truvada tablet  to prevent or control HIV infection. Made by the Gilead Sciences Factory. Inc. Truvada Tablet is a combination of two different substances, containing emtricitabine and tenofovir. (Emtricitabine is called a nucleoside reverse transcriptase inhibitor, while tenofovir is called a nucleotide reverse transcriptase inhibitor. They are often called NRTIs.) WHO includes a combination of these drugs as essential drugs. This product is approved in the US for people at high risk of HIV infection.

This method of treatment is described in short PrEP: Pre-Exposure Phrophylaxis, or in Indonesian “Pencegahan pra-paparan” is an act of protecting patient before contact with the HIV-1 virus, by taking medication every day and having safe sex.

Truvada is given to patients at high risk of HIV, including those who have HIV-infected partners, have unprotected sex, have multiple sex partners, have infections with sexually transmitted diseases-STDs, or use / abuse drugs or alcohol. The effect will help reduce the amount of HIV in the body so that the immune system can work better and reduce HIV complications (such as new infections, cancer) and improve quality of life.

To whom does the PreP method need to be given? Who is given  Truvada?  recommendations according to those issued by WHO, are  :

With the above considerations, it is expected that the benefits that can be taken when consuming Truvada are :

The question is whether Truvada needs to be provided in Indonesia?

The answer is  sensitive problems, and is closely related to the negative stigma towards HIV that is highlighted by same-sex enthusiasts.

In Indonesia, which has an eastern culture, the stigma of the “sinner” group continues to stick forever. The religious rules clearly prohibit same sex without tolerance. If it is forced there will be clash. But tolerance can still be given to those who are sick and willing to repent, related to emergency law that must be ratified.

Now we should have started to make a social and ethical impact analysis, when thinking about procuring Truvada drugs :

Truvada is phenomenal with the presence of these tablets HIV and Aids can be prevented early, but provision and procurement in Indonesia need to look at various social and ethical considerations concerning the values adopted by the majority of Indonesia’s . Regulators, scholars, professional organizations, NGOs and community leaders must talk together to regulate the distribution of this drug.