These Medicines Should Be Provided At Home 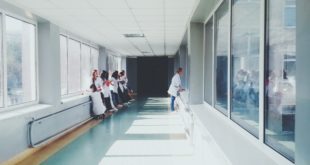 Every coffee had a story sometime philosophy, that night I was stranded on the sidewalk town of Palopo. 400  km from Makassar.There was a yellow Suzuki Katana car stopping, after getting acquainted with his driver named Akram, he said always drink coffee there because the coffee was good. If in other places says “coffee is less delicous, sometimes you get instant coffee in a sachet.”

So want to search for coffee in Palopo? Coffee connoisseurs have little choice, even the distance is only 60 km from Rantepao  where Toraja Coffee was born.

At Jalan Andi Djemma next to the religious court office there is a tent, wooden carts and some plastic chairs,  the  name is coffee Brew. There I met with Ahkam Hamka a barista of “bachelor coffee ” He said because of the sale of coffee he can pass the economic management majors in STIEM. Strangely, the cart was named Coffee Brew, not a Bachelor of coffee that I think is more cool.

Seriously, Ahkam Hamka was a scholar and its because of coffee. He starting at 19:00 until 01:00 WITA although still looking for work in the morning, he still dreams to become PNS (it’s a government employee) like most of youth here. Yet Ahkam Hamka inspires far beyond the dreams of young children who want to succeed so bureaucrats. Ahkam Dispensing Coffee, he was unaware that it was an icon of  Palopo which can be promoted and known by many people.

In Hawker Food in Palopo town this one Cup espresso price of Rp. 5000,  ( less than USD 0,5) you can choose Coffee from Toraja arabika, Seko or local robusta coffee. According to Ahkam, the best-selling  is coffee with milk, the price is Rp. 10,000. I’ve tried milk coffee and espresso, it feels steady and stressful, well, the cart is in roadside and we’re ready if Satpol PP/police come, we will run. But nothing happened *lol. 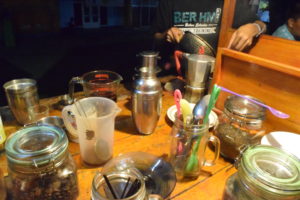 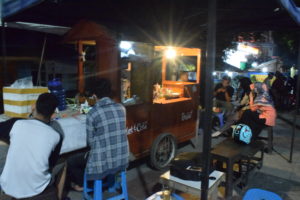 Some cars stopped ordering coffee in plastic cups, the night is getting late there are still some young people who play PUBG, there are still a bunch of young people come. Then there is a bus between cities  passing, or some cars that want to stop. Shortly,  Akram told me that he want to go home, he tired after playing futsal that night.

I want to make a theory if coffee Brew is one of the best coffee in Palopo, although the name is more better if Ahkam use “Bachelor Coffee”.